COO – the role and salary in the realities of Ukrainian IT

CEO Ekaterina Osadchuk and the INDIGO Tech Recruiters team conducted the second annual review of C-level salaries in IT. Recently, we published a review of the salaries of C-Level executives 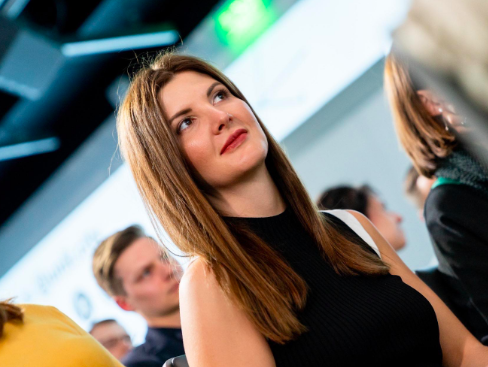 CEO Ekaterina Osadchuk and the INDIGO Tech Recruiters team conducted the second annual review of C-level salaries in IT. Recently, we published a review of the salaries of C-Level executives.
Here we go into detail and consider individual positions. Let’s start with the role of COO.

The role of COO

The role of the chief operating officer is the most obscure position in any business, and in the information technology sphere in particular.

Ideally, there is a CEO who forms the strategy of a business and directs efforts to grow and develop, and a COO who is responsible for implementing strategy as well as building and monitoring processes. The first role is focused on the external activities of the company, while the second takes care of the internal processes.

In the absence of a COO, the CEO tries to perform all the tasks at once — strategy formation, delivery, communication with partners and key customers, control of financial indicators, marketing, sales — and finds time to build processes in the company. This is difficult and can cause all kinds of problems, creating a situation when there is one bottleneck after another.

In theory, the chief operating officer is the main support for the chief executive, no matter what their exact job responsibilities are. In reality, no executive director, regardless of experience, can cover the complex aspects of managing all the company’s functions.

If everything is slowing down and it’s time to reanimate the business, you could also use some help from a COO.

However, it’s better to keep your finger on the pulse of your business in advance and monitor the availability of resources for a smooth operation — people, money, equipment, materials. You should monitor the legality of the company’s actions and take care of legal protection, as well as organize the rational use of resources by optimizing, automating processes, and minimizing the expenses of the company.

An ambiguous understanding of the role and its functions leads to a wide salary range for this position. 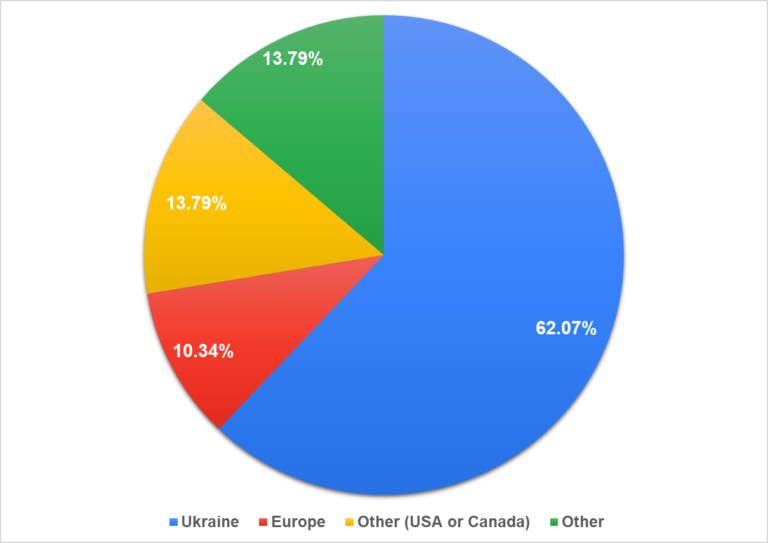 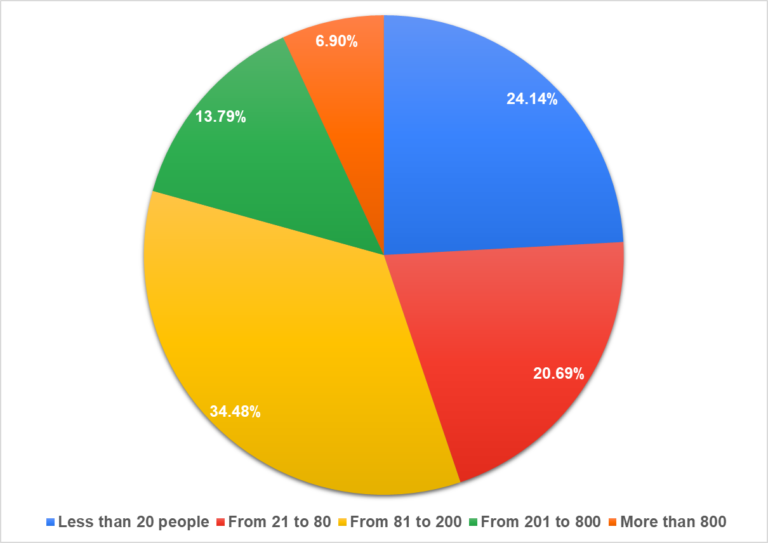 Figure 2. Number of employees in the company. 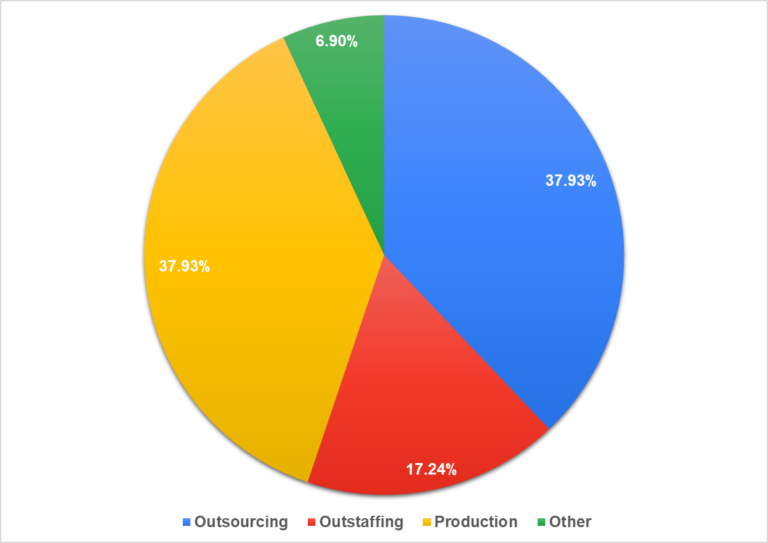 Figure 3. Percentage of participants from outsourcing, outstaffing, and product companies.

The variety of responsibilities and different levels of companies also affects the width of the salary range.

We’ll show how the experience, age, and gender of a COO—as well as the company’s age and size—impacts the salary level.

We would like to draw your attention to the fact that we excluded items for which we received less than four responses, since they were not valid. For instance, if only four COOs answered that their Top Manager experience lasted 10 years, we excluded the responses as not being representative and took into consideration only those with five or more responses.

Figure 5. Salary range + bonus on the basis of experience in top-management.

The income of a COO depending on job tenure is presented below.

15 of 29 respondents work in companies with less than $3 million turnover. Their salaries don’t differ much, whether the revenue of a company is under $1 turnover or more than $3 million.

There’s a significant difference in COO salary based on the employee’s gender. Men receive a median salary of $5, 000, and women receive $3, 500.

Figure 11. Relationship between COO salary and type of company.

The factors of motivation and demotivation

In addition to the level of rewards, we were interested in the factors of motivation, demotivation, and certain working conditions.

The salary level for COOs is not among the highest-ranking motivation factors. It’s about as important as a culture of trust in the company (58. 62%). The most important motivation factors for COOs are professional development (75. 86%), freedom in decision-making (68. 97%), and bonuses (51. 72%).

Operating Directors are primarily demotivated by a lack of professional development and a lack of work-life balance (58. 62%), a culture of distrust (55. 17%), incompetent and ineffective management, and a lack of freedom in decision-making (51. 72%).

Most COOs receive a bonus depending on the company KPIs: 48. 28%. 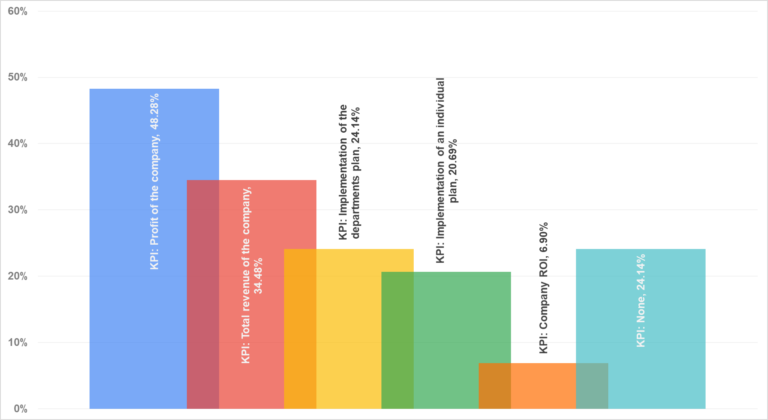 Figure 14. KPIs for which the bonus is paid. 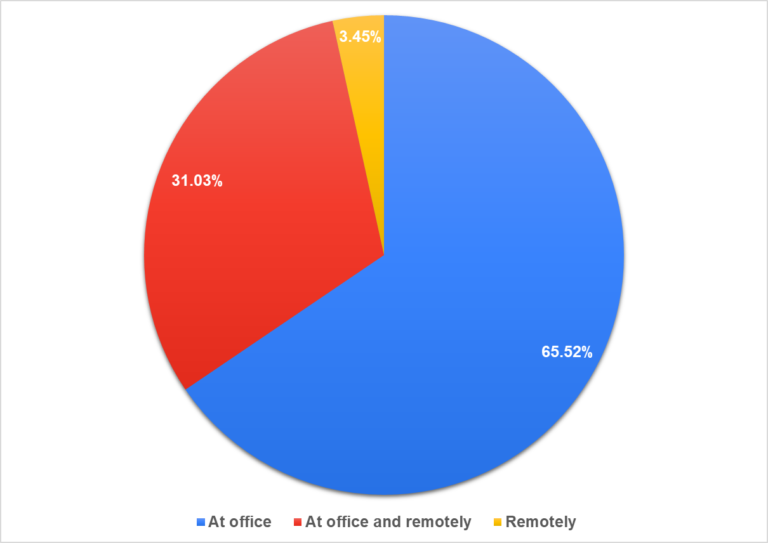 It’s not surprising that 55. 17% of COOs (compared to 74% last year) are registered as individual entrepreneurs. That’s IT, after all. 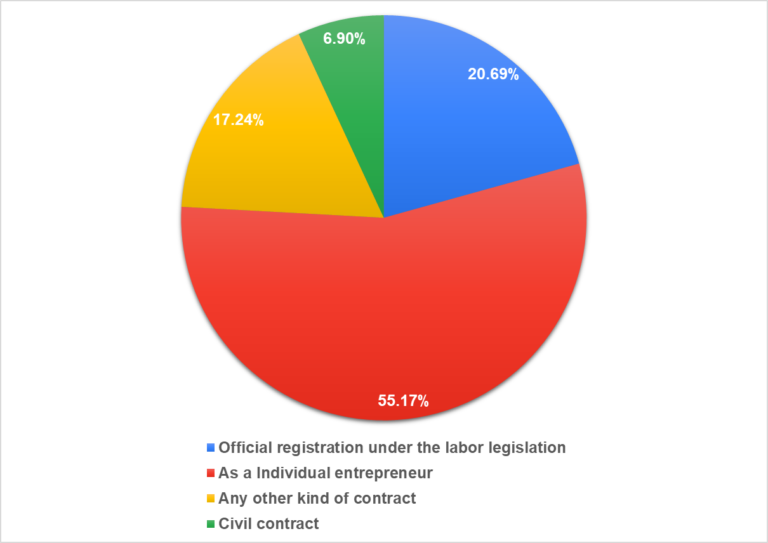 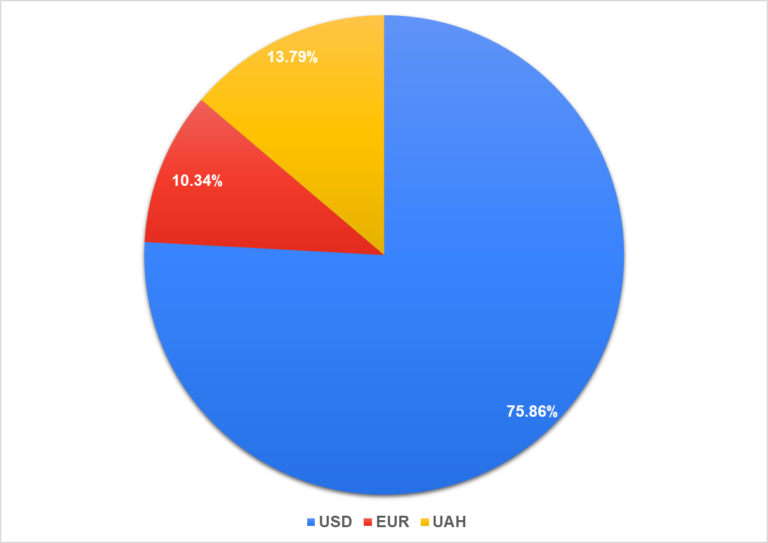 In the next review, we plan to share information about CTO compensations.

We hope you’ll find the information useful for making the right business decisions.

04.05.2020
Common articles
Why you do not need an outstanding CEO, CTO, CFO and other CxO
You need good and competent management to make your company grow and develop. But, you don’t have to entice Satya Nadella from Microsoft. When you hire a CEO, CTO or a ma..

3324
“Our managers spend around 30% of their time searching for talent”: an interview with Maxim Shtepa, CEO of SocialTech
From the experience of Indigo , one of the keys to effective recruitment is the dialogue between parties. That is why we have decided to publish a series of interviews ..

3215
Why does your business need a recruiter?
This article may be of use to owners and directors familiar with Ukrainian IT realities who want to improve their recruiting and also to those foreign companies who are i..

2809
Overview of the salary for C-level in the Ukrainian IT market in 2019
CEO Ekaterina Osadchuk and the Indigo Tech Recruiters team conducted the second annual review of C-level salaries in IT. We share the results

16538
Ageism in IT and how to deal with it
The author: Anya Stetsenko is an IT-recruiter, entrepreneur, and simply a happy woman. She has been managing Indigo recruitment agency since 2007 and has been bringing ne..

3364
COMPANY IS ALWAYS MADE BY TALENTED PEOPLE. DIALOG WITH LESYA ARNOLD
We dreamt for a long time to have an interview with Lesya

3319
C-Level Executive Salaries in Ukrainian IT Sector in 2021: Overview
CEO Ekaterina Osadchuk and the Indigo Tech Recruiters team gave the third annual overview of how much C-level executives make in the IT sector. We share our results with ..

9235
Iownit: “We keep our communication transparent, and require this from everyone in our company”
If you haven’t heard of iownit yet (which would be surprising), allow us to fix this right away. lownit Capital and Markets, Inc

2567
Thrifty Recruiting: Soul or Flesh?
About the author: Katya Osadchuk. CEO of Indigo. Economist, professional psychologist, and a savvy HR with over 10 years of experience, 6 of them as HR Director. She know..

3155
Does HR Help a Company Earn Money or Just Spends It?
Katya Osadchuk— CEO, IndigoIT recruiting agency, economist, professional psychologist, and HR with over 10 years of experience, 6 of them as HR Director. This article is ..

4446
How to hire the best Web Developers? We know, and we are ready to share our experience.
Finding a black cat in a dark room is hard…Especially if there is no cat!

2903
WHY DO US COMPANIES OPEN OFFICES IN UKRAINE
More and more of the world’s best known companies are choosing to open R&D centers in Ukraine. Household names such as — EPAM, Luxoft, Ciklum, Intetics, TEAM Internationa..

3836
7 trends in the IT labor market with statistics (which you will surely object)
It is a thankless duty to formulate trends, as one risks to play Captain Obvious or to receive “Don’t make something out of nothing, in fact, the opposite is true” as fee..

2772
The Coming Days: 10 Characteristics of the Team of the Future
We have already discussed personal skills of the future. In this article, we decided to talk about how teams are transformed and which skills and characteristics they sh..