WHY DO US COMPANIES OPEN OFFICES IN UKRAINE

More and more of the world’s best known companies are choosing to open R&D centers in Ukraine. Household names such as — EPAM, Luxoft, Ciklum, Intetics, TEAM International Services and Softjourn all have a presence here


More and more of the world’s best known companies are choosing to open R&D centers in Ukraine. Household names such as — EPAM, Luxoft, Ciklum, Intetics, TEAM International Services and Softjourn all have a presence here. In total there are more than 2, 000 IT companies (including Grammarly, InvisibleCRM, Readdle, Jooble, PetCube, Preply, DepositPhotos, TemplateMonster and Attendify) in Ukraine and over 100 R & D centers (for example, Samsung, Oracle, Wargaming, Boeing, Ericsson, Siemens). IT projects from around the world bypass India, the Philippines, Vietnam and open offices in Ukraine. The United States is an especially active player here: 80% of Ukrainian specialists work with American clients today.
Why Ukraine? Let’s find out.

The golden vein of the world IT market


Ukraine is the 5th largest of the 25 biggest IT service exporters (PwC) and, according to the Outsourcing Journal, it is the first and main outsourcing market in Eastern Europe.


Ukraine is a hothouse for technical talents. 400 Ukrainian universities and colleges produce 36, 000 technical graduates annually. This is much more than in many other high-tech countries -surpassing, Japan, Sweden, Norway, Belgium or the Netherlands.


The quality of Ukrainian mathematical and technical education, as well as the skill of Ukrainian developers, has long been beyond doubt. 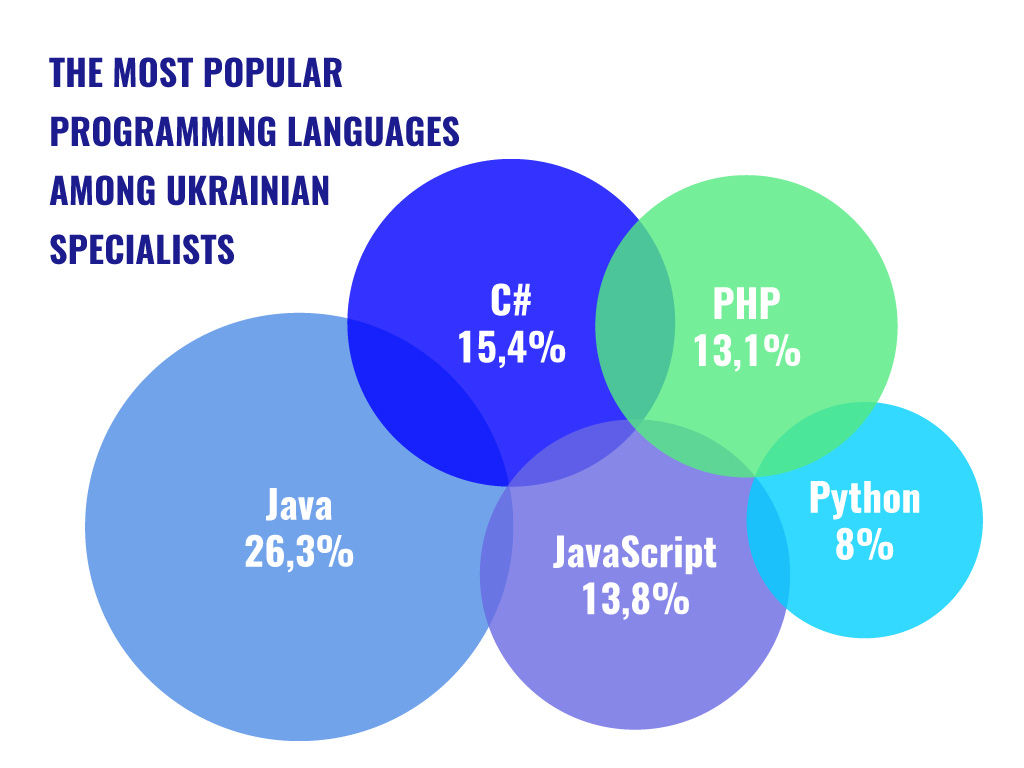 Ukraine ranks first in the world in terms of the number of game developers Unity3D and C ++ engineers, second in the number of JavaScript, Scala and Magento professionals and fifth when it comes to Front-End developers.


Not all IT specialists come to programming right after the university. Many of them have worked in related fields — often as former technical support engineers or database administrators.


Virtually no industry in Ukraine offers salaries that could compete with the remuneration in IT. Thus, the Ukrainian stock of IT talent grows stronger and stronger — as developers hasten to join one of the most dynamic and highly paid industries in the country.


The best ratio of price and quality


Along with a large pool of talented programmers, Ukraine also offers more competitive tariffs for the payment for their labor than some other popular IT service provider countries.


The average hourly rate for software development in Ukraine is in the range of $ 25-40, and the average developer salary ranges from $ 2500 to $ 4000. These figures are much lower than in Western Europe and, especially than those in North America, where the skills of a comparable quality cost about $ 100 an hour or more. Just to compare: the average annual salary of a specialist in Ukraine is $ 35, 000 +, whereas in the States it is over $ 100, 000. And given that most IT professionals work as individual entrepreneurs, the tax rate is also very attractive — 5% of income.


In addition, there are only 10 state holidays in Ukraine.


This compares favorably to South and South-East Asia, where the population is more culturally and ethnically diverse. Each religious or ethnic group there has its own unique holidays, during which employees expect to receive paid vacation days.


80% of Ukrainian IT specialists speak English (fluent — 30. 1%, upper-intermediate — 39%), since knowledge of English is mandatory for programmers in Ukraine.


Taking into account the fact that the work ethic in the sphere of Ukrainian outsourcing is very similar to the American one, and also the fact that Ukrainian developers are not just good performers, but also innovators, inventors and excellent leaders — cooperation with Ukrainian specialists i a no-brainer. It’s no wonder that many Ukrainian developers are well-known outside of Ukraine: just look at the web programmer Sergei Mozhaisky, the author of the Frenzy project, or Sergey Grigorovich, the Ukrainian developer who founded the company CGS Game World at the age of 16 and created the sensational computer games S. T. A. L. K. E. R. and Cossacks. 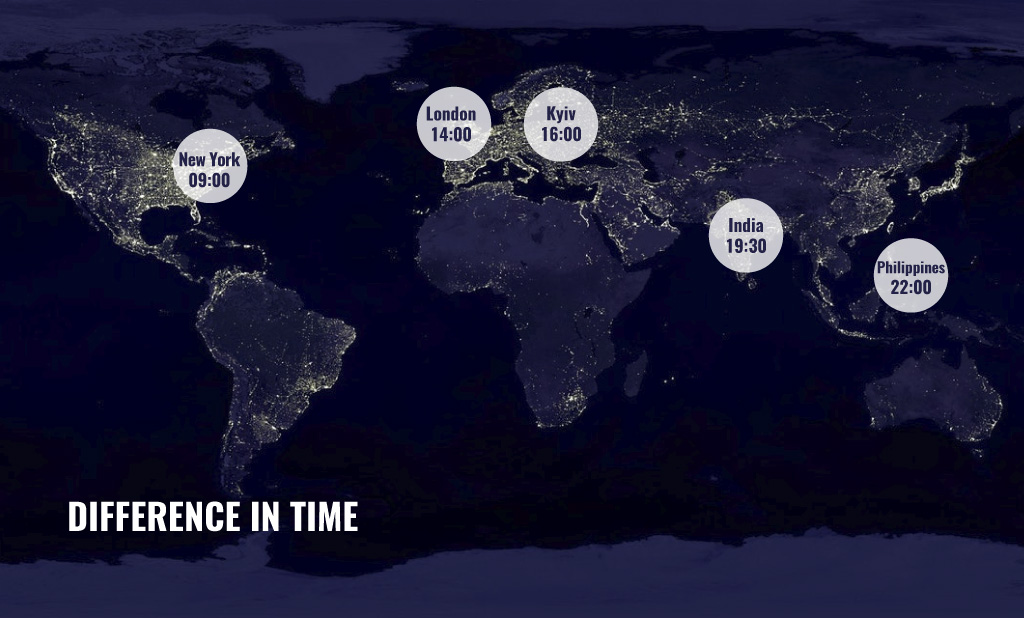 Until recently, companies preferred to transport specialists from Ukraine to their home countries. But the competition for good programmers in America is only growing. Luring a promising Ukrainian developer from one company to another in the country of opportunities is easy.


Therefore, American companies come to Indigo with a request to help open a full-fledged office in Ukraine from scratch. We have already helped to build a team for WIX, Fareportal, AidaHealth, ThredUp, and Newgistics among others.


Recent reforms in the field of licensing have significantly improved the ease of doing business in Ukraine. Now the country is included in the TOP-20 offshore locations in the EMEA region.


According to the Outsourcing Journal, today more than 200, 000 IT professionals live in Ukraine, and by 2020 their number will double. In other words, Ukraine’s IT sector is thriving, and will continue to do for the foreseeable future.

24.01.2018
Common articles
Why you do not need an outstanding CEO, CTO, CFO and other CxO
You need good and competent management to make your company grow and develop. But, you don’t have to entice Satya Nadella from Microsoft. When you hire a CEO, CTO or a ma..

16635
Ageism in IT and how to deal with it
The author: Anya Stetsenko is an IT-recruiter, entrepreneur, and simply a happy woman. She has been managing Indigo recruitment agency since 2007 and has been bringing ne..

3486
COMPANY IS ALWAYS MADE BY TALENTED PEOPLE. DIALOG WITH LESYA ARNOLD
We dreamt for a long time to have an interview with Lesya

9751
Iownit: “We keep our communication transparent, and require this from everyone in our company”
If you haven’t heard of iownit yet (which would be surprising), allow us to fix this right away. lownit Capital and Markets, Inc

2652
Thrifty Recruiting: Soul or Flesh?
About the author: Katya Osadchuk. CEO of Indigo. Economist, professional psychologist, and a savvy HR with over 10 years of experience, 6 of them as HR Director. She know..

4519
How to hire the best Web Developers? We know, and we are ready to share our experience.
Finding a black cat in a dark room is hard…Especially if there is no cat!

2970
7 trends in the IT labor market with statistics (which you will surely object)
It is a thankless duty to formulate trends, as one risks to play Captain Obvious or to receive “Don’t make something out of nothing, in fact, the opposite is true” as fee..

2860
The Coming Days: 10 Characteristics of the Team of the Future
We have already discussed personal skills of the future. In this article, we decided to talk about how teams are transformed and which skills and characteristics they sh..