“I will destroy humanity. ” After the robot Sofia proclaimed it, we, human creatures, can only hope for the best. We could expect that it was a joke made up by the creator of the robot, and not by the robot herself


“I will destroy humanity. ” After the robot Sofia proclaimed it, we, human creatures, can only hope for the best. We could expect that it was a joke made up by the creator of the robot, and not by the robot herself.


We inside of Indigo have chosen the most exciting films about artificial intelligence and human coexistence with it. Some phenomena were presented a few years ago as a fantasy, and today they became a part of our being. We suggest you watch these movies and think about it. Not watch all of these movies at once. Otherwise, the hung laptop will seem the beginning of the machines uprising. 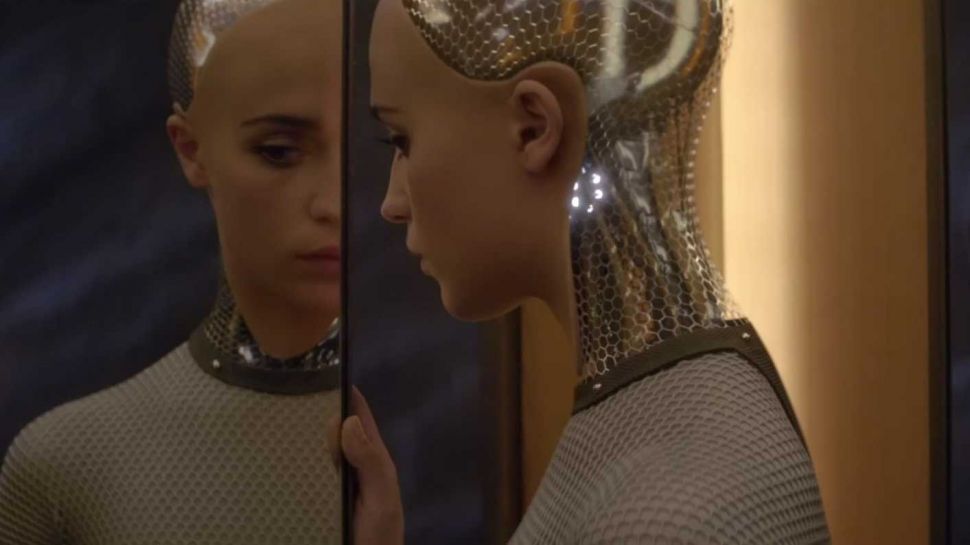 Sci-fi thriller, love-story of the man and AI. The film is about a risky and exciting experiment on both. According to the plot, the programmer Caleb participates in a research project with the world’s first artificial intelligence based on the Turing test. This test is made to determine whether a machine can think. The heroine is robot Ava. She must prove that she can not only think, but also feel, and even “fall in love. ” The movie was awarded with Oscar for the best visual effects. 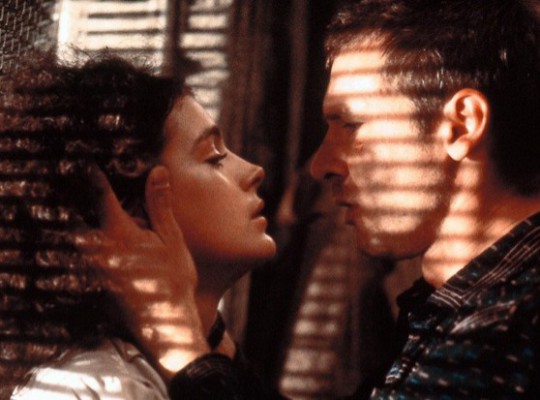 The film shot by Ridley Scott. It is an ageless classic of science fiction. Firstly, the film has failed at the box office, and then it became a cult. It is interesting that the action on the plot is dated in 2019. There are two versions of the film with a happy end and an open ending.


The story of a detective from the particular police department whose mission is to find and liquidate “replicants, ” created specifically to carry out dangerous and difficult jobs and programmed to “die” a few years later. Not all of them have accepted this fate. Externally, “replicants” are indistinguishable, but there are ways to recognize them. For example, a test for empathy.


By the way! Experts argue, and many IT recruiters probably will also agree, in the future, it is empathy that will become a critical competitive advantage for a person compared to a robot. So for those who have some problems with it, it’s time to develop this skill. Otherwise, prove that you are not an android … 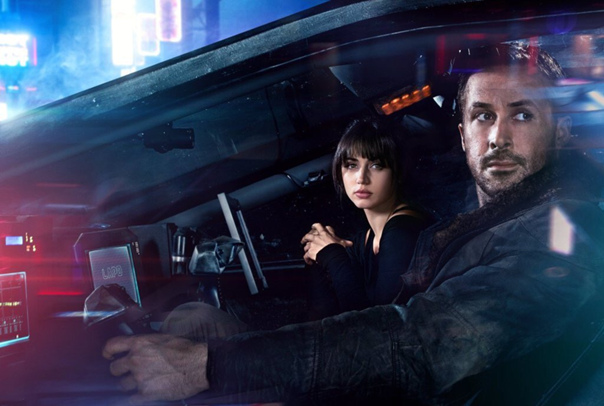 Continuation of the history of the Blade Runners 30 years later. The plot is even more interesting: “replicants” live among people. The main character is “running along the blade, ” represents this species, and he is dating with a girl-hologram. However, this is only the beginning… 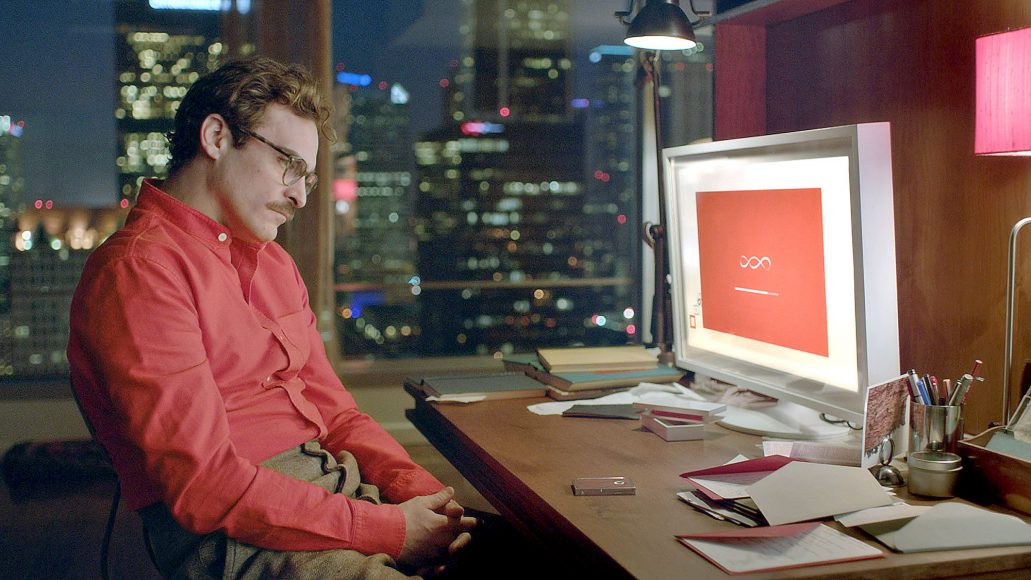 Relations with computers can have not only by web developers and other IT specialists. For example, the protagonist of this picture is a single writer who earns by writing letters for other people. He buys an operating system, Samantha. They even get into something like love. Well, one partner does not yet have a body, but everybody has his defect. It turns out that love has no boundaries. Even artificial intelligence can be admired, and it can be offended, jealous and feel the whole spectrum of emotions. The film is awarded an Oscar for the best original script. 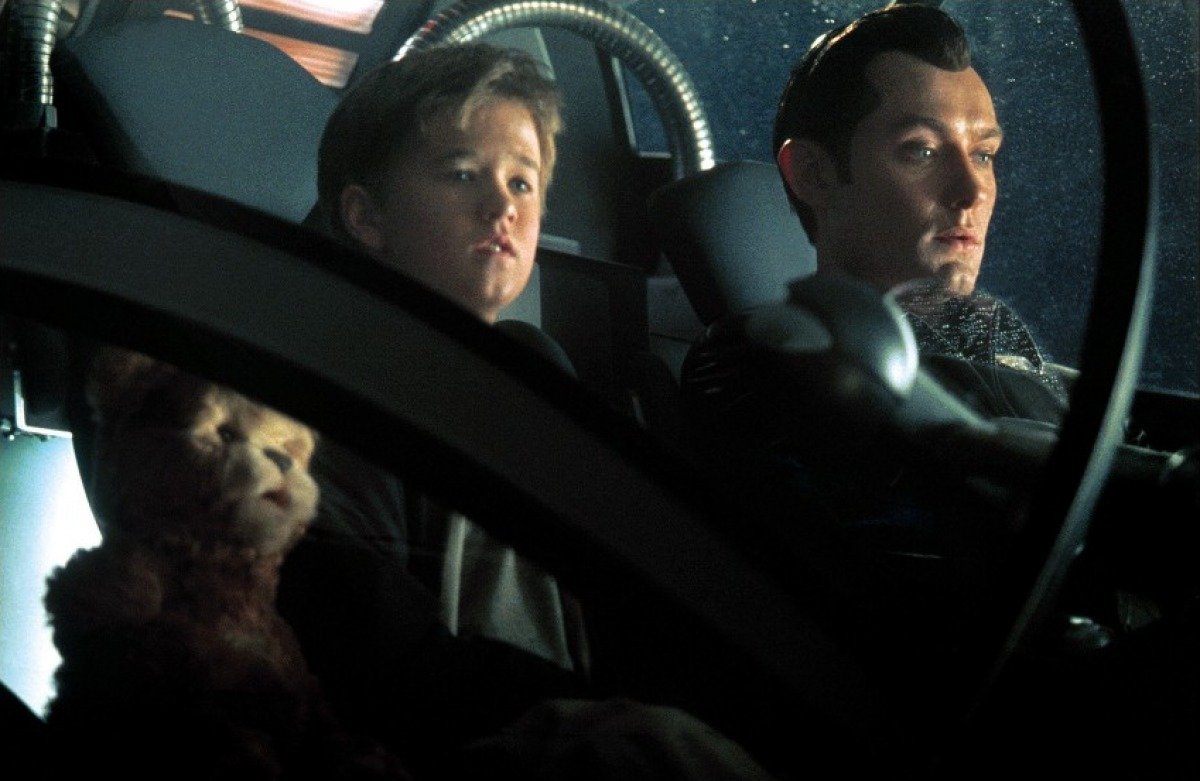 Steven Spielberg writes the sci-fi drama. It is based on the story of Brian Aldissa “Supertoys is enough for the whole summer. ” The story of a robot boy, who was programmed for love like all ordinary children. The action takes place in the 22nd century. Government restricted childbearing due to natural disasters. And many families get children-androids, who valiantly simulate emotions. The story of complex relationships between people and robots, multifacetedness and the reverse side of love, map indispensability and the unpredictability of human creatures, and even of people themselves. 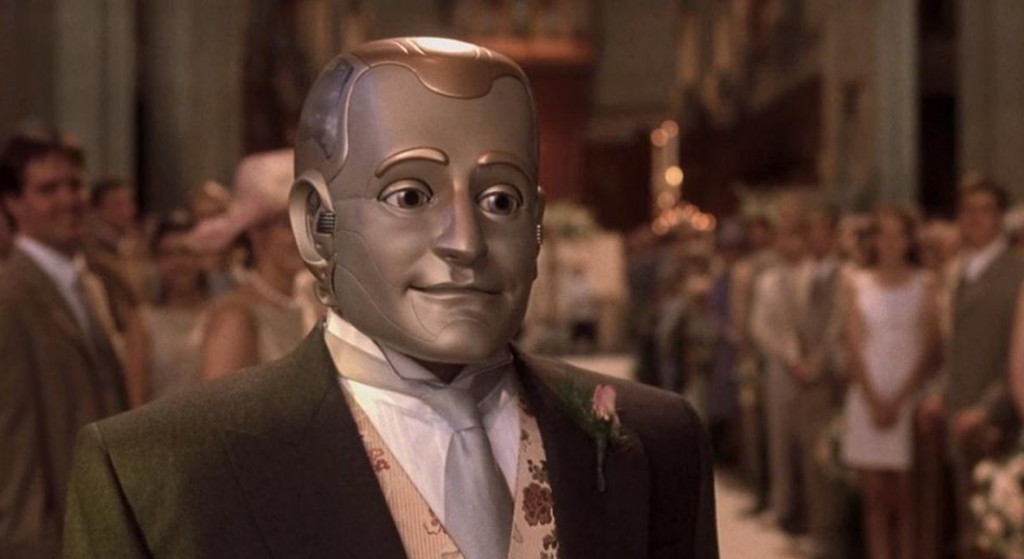 Fantastic drama with Robin Williams as an android who lives among people and learns to experience feelings. The picture raises almost all of the constant themes, including the right to choose, freedom, the search for themselves and the desire to be a man, even without being born like people. 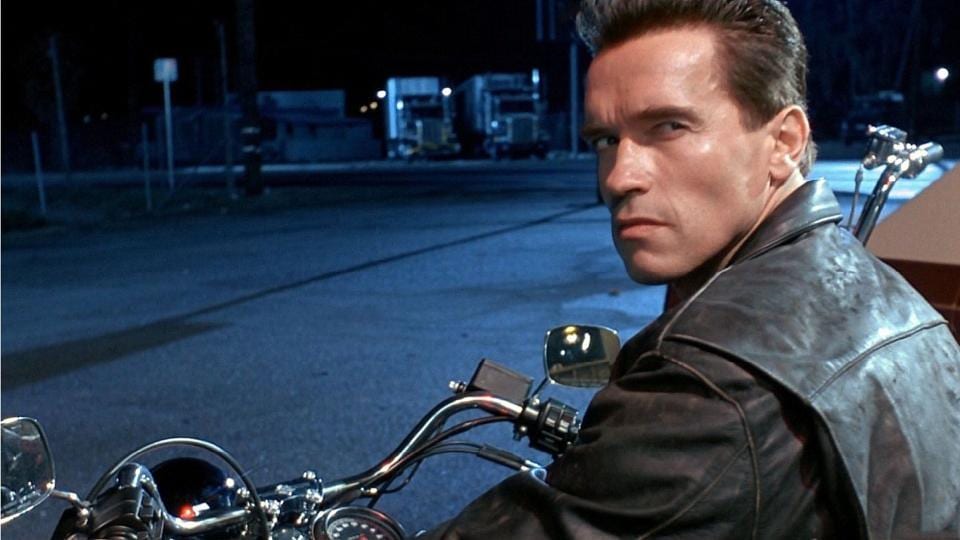 An epoch-making picture with Schwarzenegger in the main role, who gave the world one of the most famous film quotes “I’ll be back. ” Intelligence is about the legendary robot-killer, and yet the movie about the war of people and robots turned out to be a landmark, and if so you were up to watch it in the 90’s but age restricted it, so it’s time to catch up. 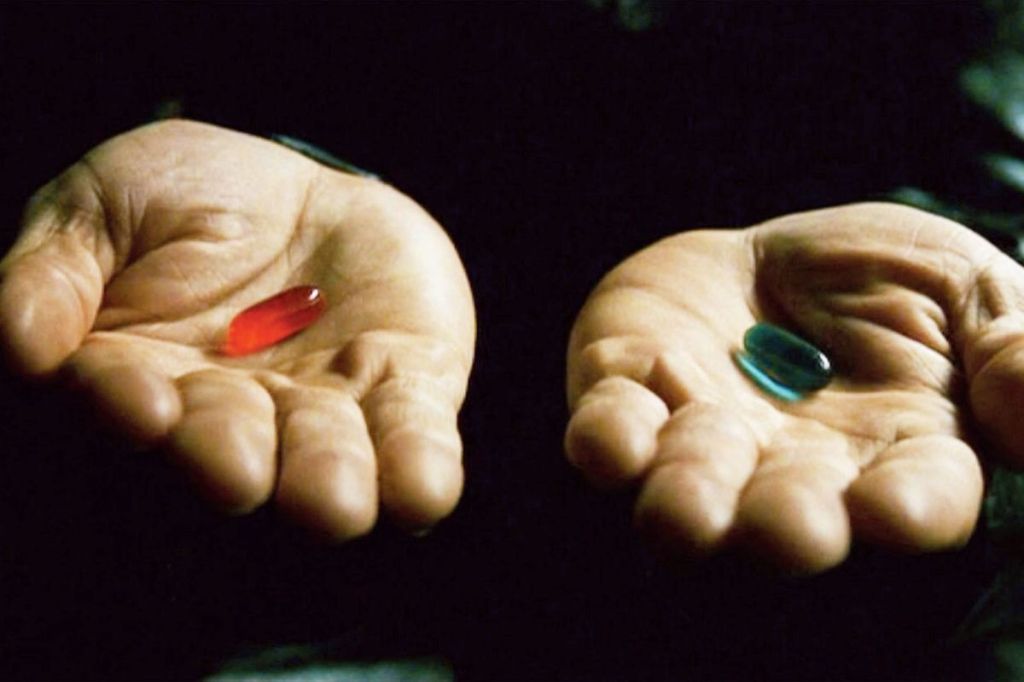 The film of Wachowski’s brothers does not require such a presentation. So we quote one of the bright phrases of the philosopher Morpheus: “I did not say it would be easy, Neo. I just promised it to be true. ” It’s not for nothing that two characters Neo and Agent Smith immediately became ones of the 100 best movie characters according to Empire magazine. 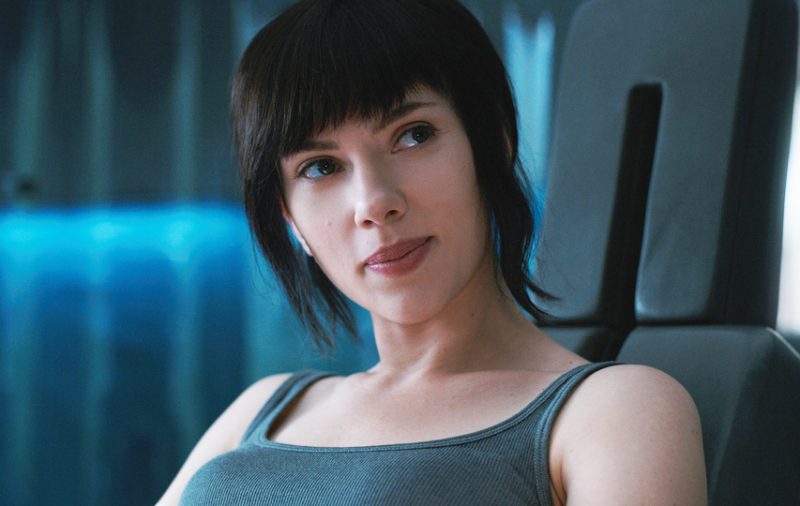 The science fiction thriller made by the sisters Wachowski is based on the Japanese comic book manga. The story of a cyborg girl who easily pushes the spetsnaz agents chases the past and, of course, beautifully saves the world. 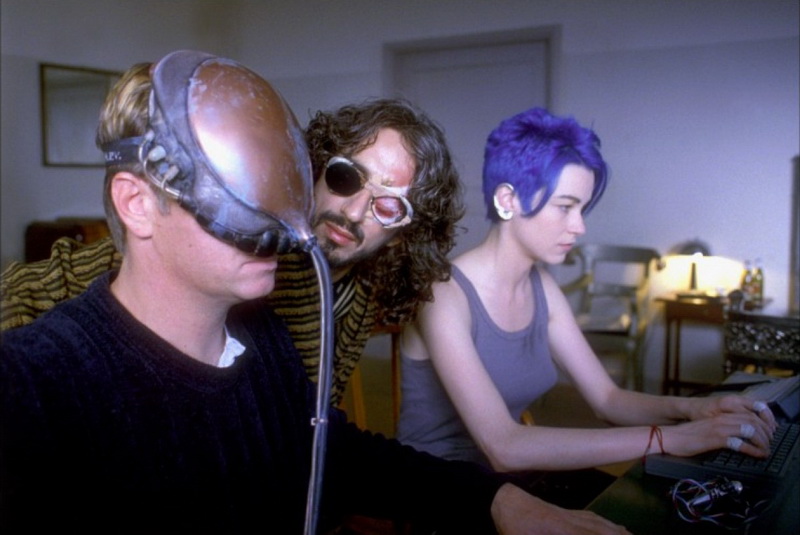 Classics of cyberpunk from Gabriele Salvatorez. Programmer Jimi creates an intellectual game. However, because of the virus, her main character becomes a real person and tells the creator that he is tired of countless virtual deaths. The steep path of the hero starts here. He meets Angels and Devils, hackers and eidetic records of the personalities of his beloved people. 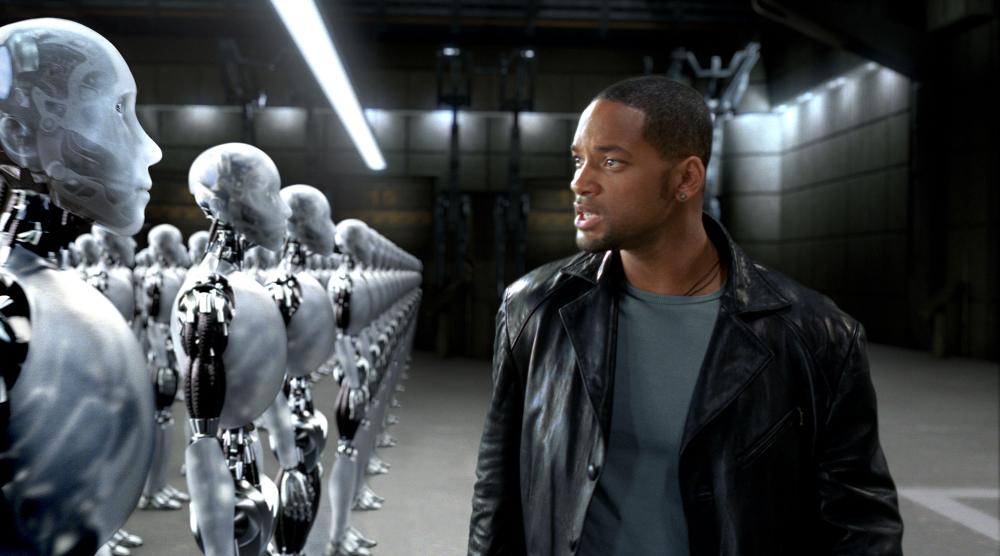 By 2035, robots become a formal element of everyday life, and law strictly regulates their rights and obligations. Only a few people see these convenient assistants as a threat, but the protagonist is Detective Dal Spooner has another opinion. He turns out to be right. Together with a specialist in the psychology of positron robots, they are investigating one murder and understand that it is the robot’s fault. These creatures begin to violate the commands of the people and do everything in their way. 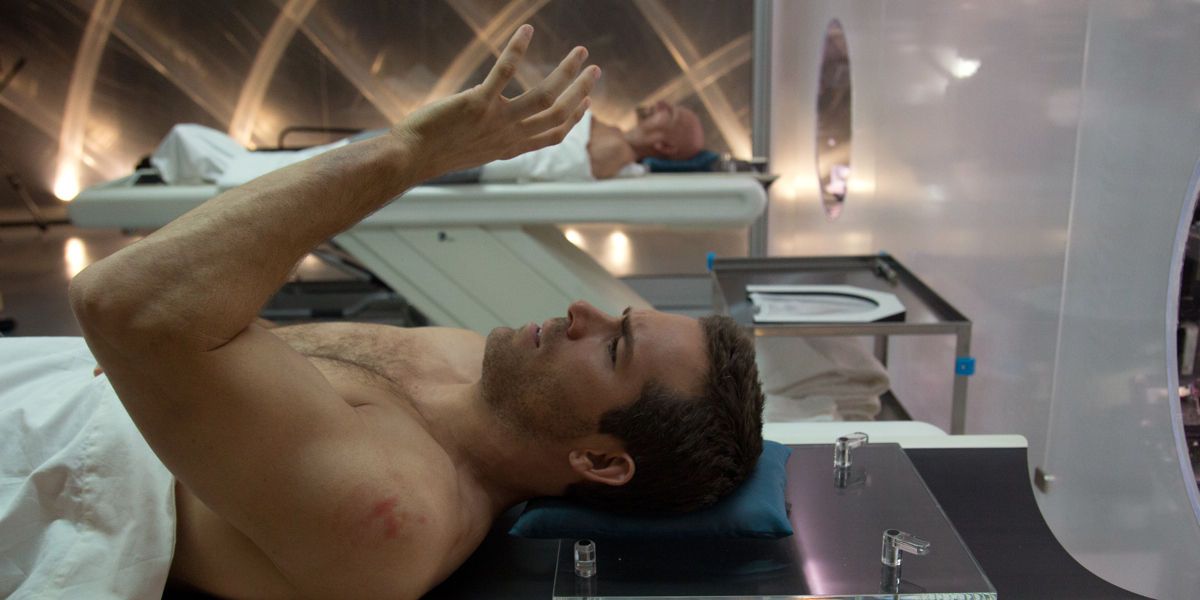 Fantastic thriller and just a great story about an old rich man who has a chance for a second life. He could move his mind into a young body, a product of genetic engineering. At least, by the words of the brilliant scientist, who draws the hero into this adventure. 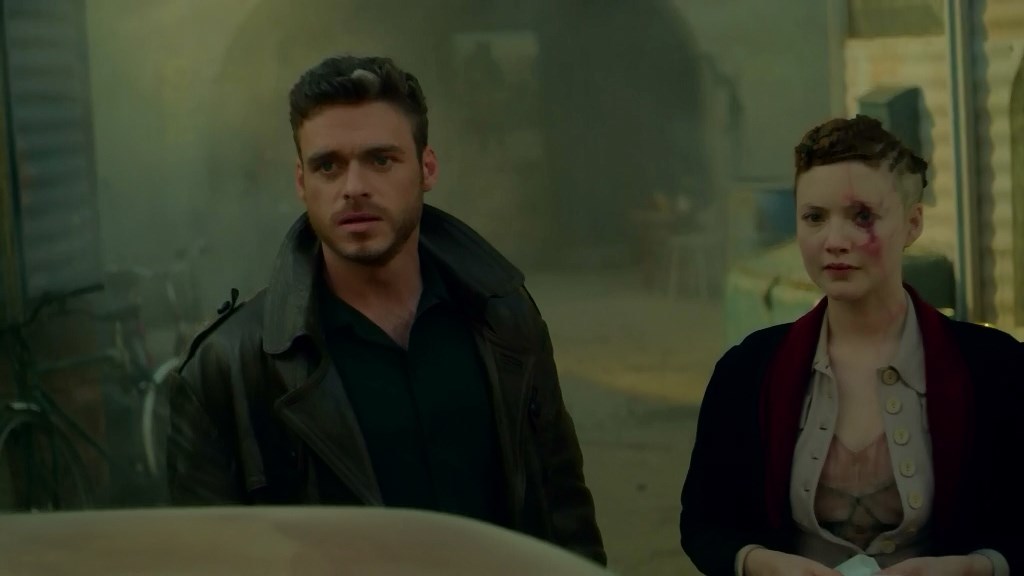 British sci-fi television series-anthology, based on the works of the science fiction writer Philip Dick. These are ten independent episodes where various exciting characters appear. They are people with telepathic abilities (it would be nice to have such competence, dealing with the selection of IT personnel), as well as — humanoids, space tourists, non-existed relatives, etc. 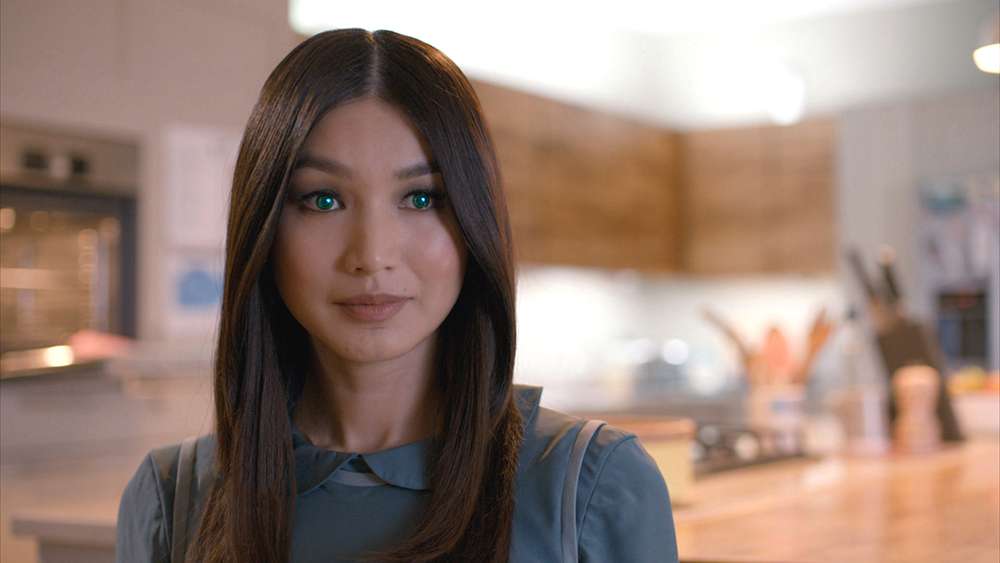 A sci-fi television series, two seasons have already come out, the third will come out soon. The project is devoted to the topic of artificial intelligence, namely the creation of anthropomorphic robots, called synthetics, and the impact of this phenomenon on various aspects of society. 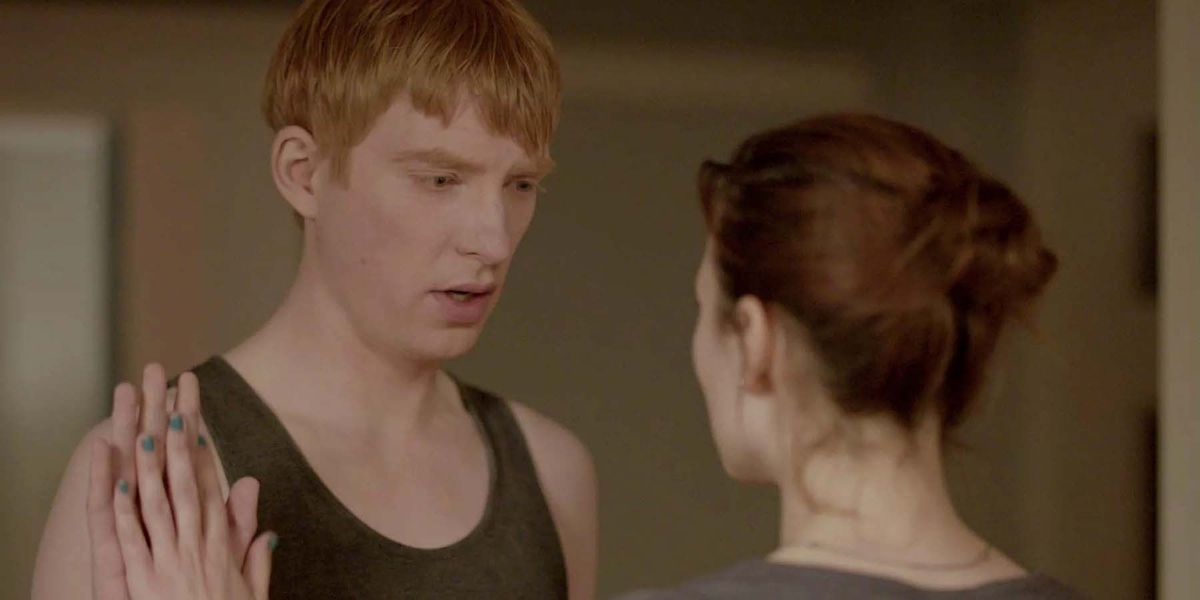 How could we live without it? Although not all the series of anthologies about the impact of information technology on our future are devoted to AI, there are a couple of them. For example, the topic of replacement is considered. Replacement of a human being by the robot; instincts by devices; dogs by terrible metal ones that hunt humans. The series teaches us to value reality in its imperfection.


We wish you to enjoy these movies about artificial intelligence in a pleasant company of those you are sincerely and humanly happy to communicate with. I want to agree with the head of Alibaba Jack Ma, who claims that today it is important to develop those qualities that machines will not have. In particular LQ, or love intelligence. The coefficient of love.

19.09.2018
Common articles
“Our managers spend around 30% of their time searching for talent”: an interview with Maxim Shtepa, CEO of SocialTech
From the experience of Indigo , one of the keys to effective recruitment is the dialogue between parties. That is why we have decided to publish a series of interviews ..

2821
Why does your business need a recruiter?
This article may be of use to owners and directors familiar with Ukrainian IT realities who want to improve their recruiting and also to those foreign companies who are i..

2556
Overview of the salary for C-level in the Ukrainian IT market in 2019
CEO Ekaterina Osadchuk and the Indigo Tech Recruiters team conducted the second annual review of C-level salaries in IT. We share the results

16188
Ageism in IT and how to deal with it
The author: Anya Stetsenko is an IT-recruiter, entrepreneur, and simply a happy woman. She has been managing Indigo recruitment agency since 2007 and has been bringing ne..

2944
COMPANY IS ALWAYS MADE BY TALENTED PEOPLE. DIALOG WITH LESYA ARNOLD
We dreamt for a long time to have an interview with Lesya

2957
C-Level Executive Salaries in Ukrainian IT Sector in 2021: Overview
CEO Ekaterina Osadchuk and the Indigo Tech Recruiters team gave the third annual overview of how much C-level executives make in the IT sector. We share our results with ..

7370
Iownit: “We keep our communication transparent, and require this from everyone in our company”
If you haven’t heard of iownit yet (which would be surprising), allow us to fix this right away. lownit Capital and Markets, Inc

4160
How to hire the best Web Developers? We know, and we are ready to share our experience.
Finding a black cat in a dark room is hard…Especially if there is no cat!

2623
WHY DO US COMPANIES OPEN OFFICES IN UKRAINE
More and more of the world’s best known companies are choosing to open R&D centers in Ukraine. Household names such as — EPAM, Luxoft, Ciklum, Intetics, TEAM Internationa..

3488
7 trends in the IT labor market with statistics (which you will surely object)
It is a thankless duty to formulate trends, as one risks to play Captain Obvious or to receive “Don’t make something out of nothing, in fact, the opposite is true” as fee..

2417
The Coming Days: 10 Characteristics of the Team of the Future
We have already discussed personal skills of the future. In this article, we decided to talk about how teams are transformed and which skills and characteristics they sh..

2282
HOW TO CREATE A DREAM-TEAM 6 RECOMMENDATIONS FOR hiring the best technical team
Closing technical position may resemble a debilitating marathon. Or sprint, when the maximum energy is laid out for a minimum of time. And when you need to hire the whole..

2598
Overview of Product Roles salaries in Ukrainian IT companies
CEO Ekaterina Osadchuk and the Indigo Tech Recruiters team conducted the second annual review of salaries for C-level in IT. We remind you that every year we carry out a ..

7630
How does it feel to be a woman in IT? Anna Stetsenko talks about the “male” field, discrimination and gender stereotypes
There are many gender stereotypes regarding both men and women. But when it comes to a career, particularly in IT, women have a much harder time