Indigo > Blog > CTO salaries in the Ukrainian IT sector: the 2021 overview
< Come back

CTO salaries in the Ukrainian IT sector: the 2021 overview

Indigo Tech Recruiters CEO Ekaterina Osadchuk and her team have completed the second annual overview of CTO salaries. Read the insights and details in the article below. 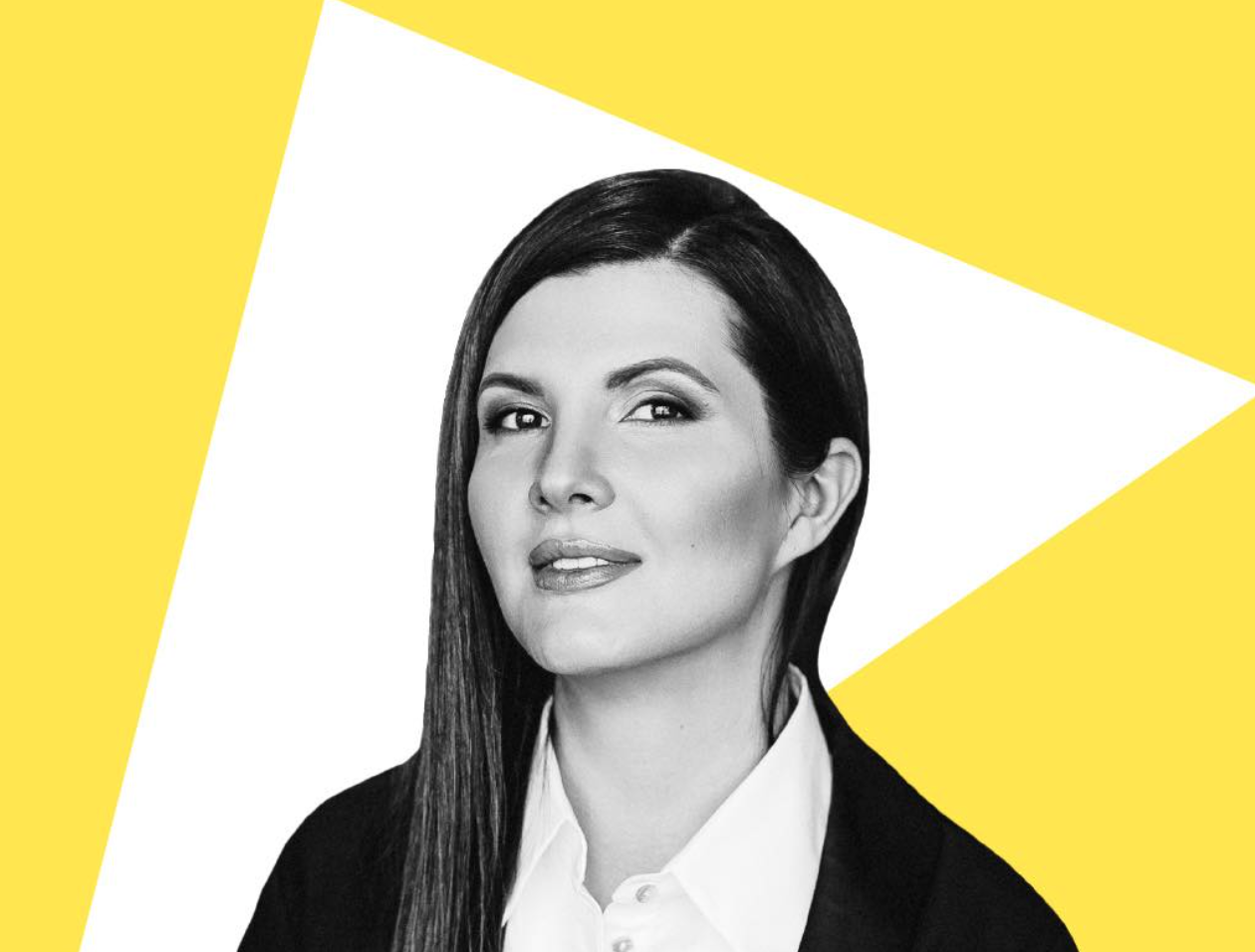 And now we are taking a closer look at individual positions.

The VP of Engineering (VPE) and Chief Technology Officer (CTO) positions are often seen as interchangeable in the tech world since their functions largely overlap. However, there are nuanced distinctions between these roles.

Smaller companies have only a CTO, who is often a founder. As the business grows, CTOs find themselves under pressure to oversee talent acquisition and retention, product scaling, and delivery. This is where the VP of Engineering comes in.

For the company to succeed, the CTO and VP of Engineering need to operate in concert, supplementing each other's work.

Below are the results of the survey among 50 CTOs in Ukraine. There were no women among the CTOs that participated in the survey.

70% of respondents worked in product companies, 48% in businesses registered in Ukraine, and 48% in the companies employing 21 to 200 people. 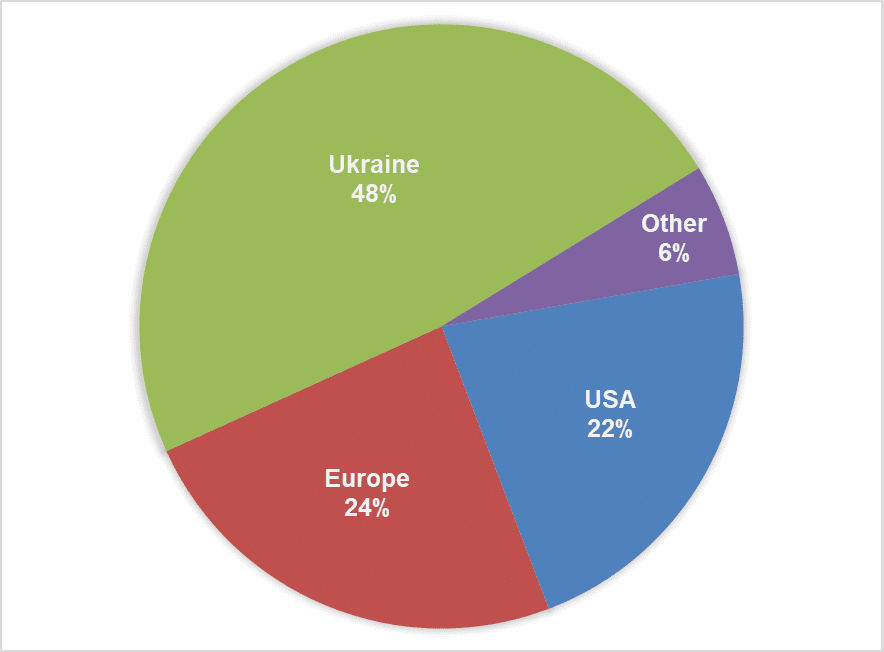 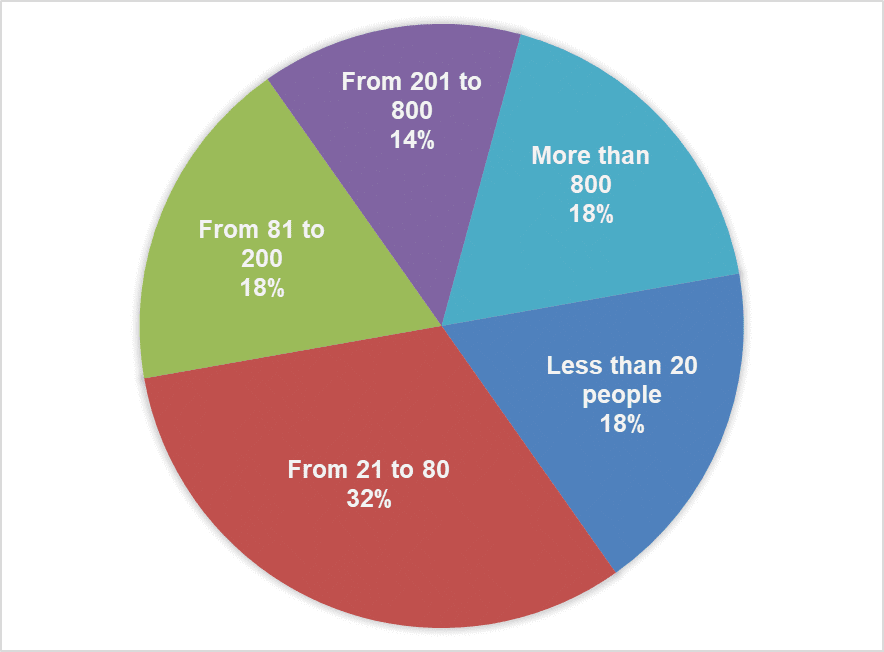 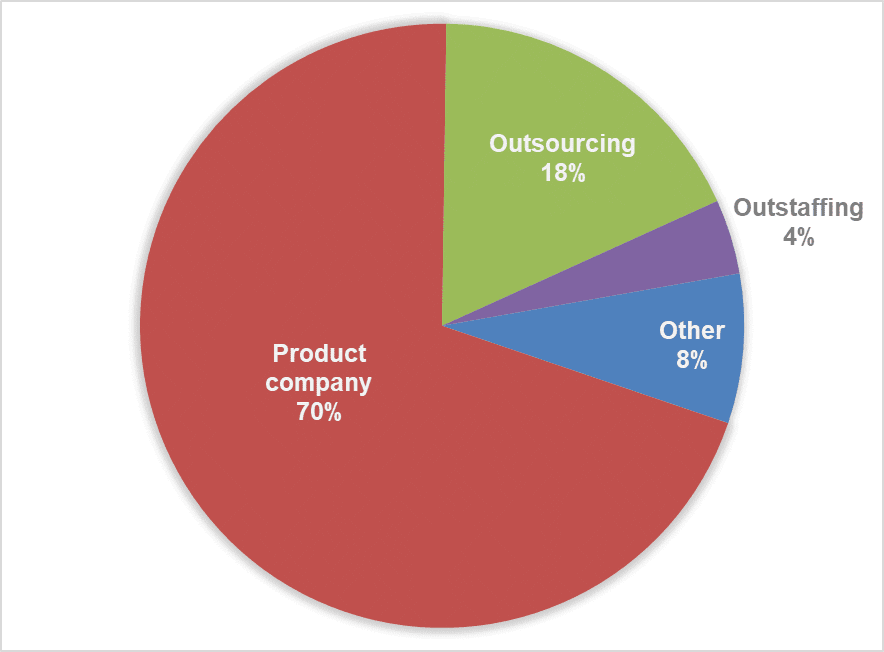 We excluded the questions with fewer than 4 data points since they are not valid enough for decision-making.

E.g., if only four CTOs answered that they had just three years of experience in the management role, we would have excluded their responses as insufficiently representative, leaving only the data with five or more answers.

This kind of data is excluded from the tables and shown on the diagrams as a flat line. For instance, only four respondents had 1–2 years of experience as a top manager. This data was insufficient for an objective conclusion. 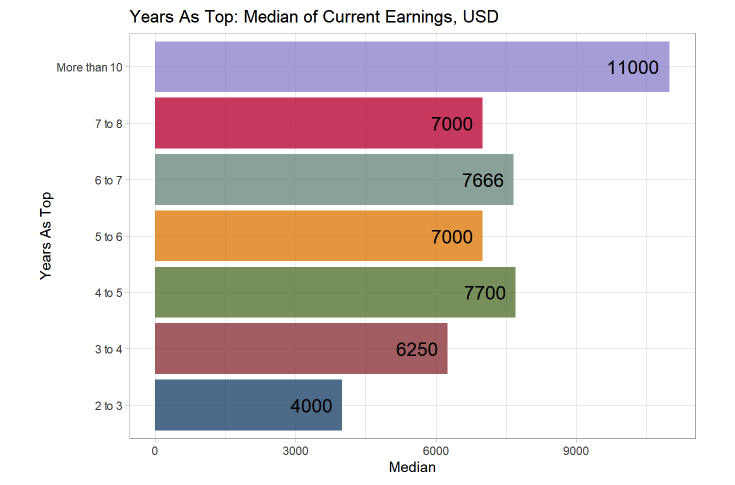 Apparently, CTOs with C-level experience earned much more than their colleagues less experienced in the top positions—$11,000. 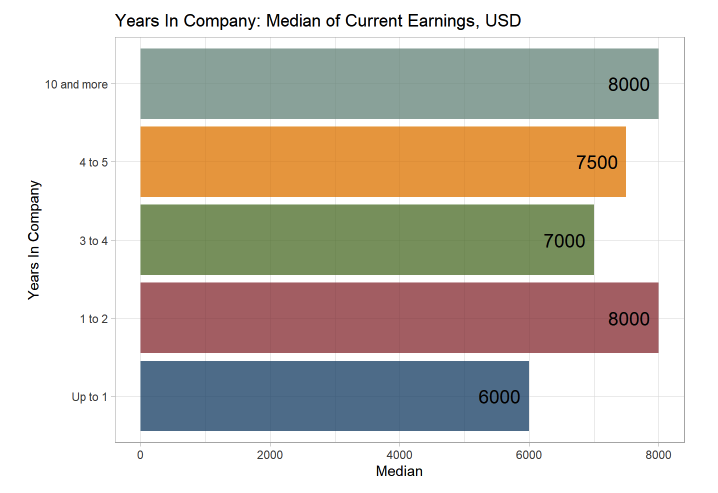 Fig. 6. CTO salary by years of employment with the company.

The correlation between the number of years employed with the same company and CTO salary is non-existent. 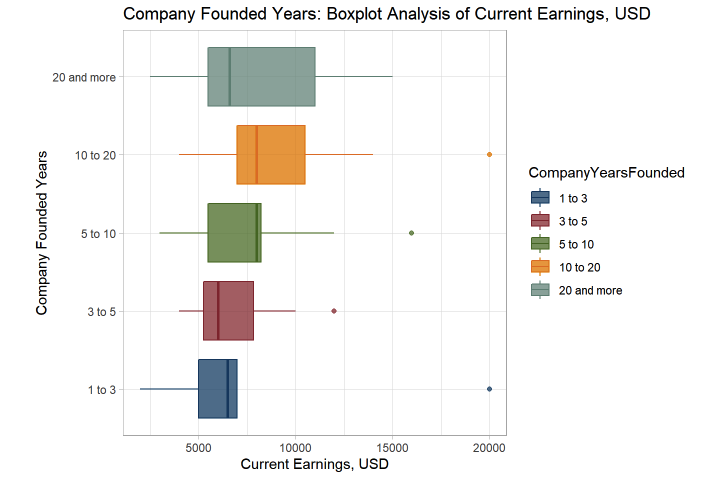 Fig 11. Salaries by the number of subordinates

Most respondents worked in product companies. However, those working in the outsourcing companies reported the highest earnings. That said, there was an insignificant discrepancy between median salaries. Outsourcing companies seem to offer a higher bonus component, though.

This can be due to the major product companies (with a headcount in the thousands) being nowhere near as numerous in Ukraine as the outsourcing ones. 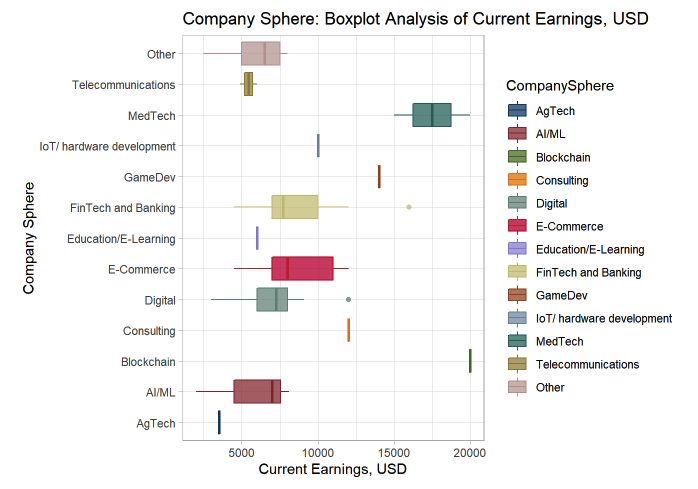 We also wanted to know the factors and work conditions determining work motivation and demotivation besides salary.

For the people working in these positions, the salary was the first most important thing (70%), followed by the freedom of making decisions and implementing them (64%), professional development (62%), and trust culture in the company (58%). 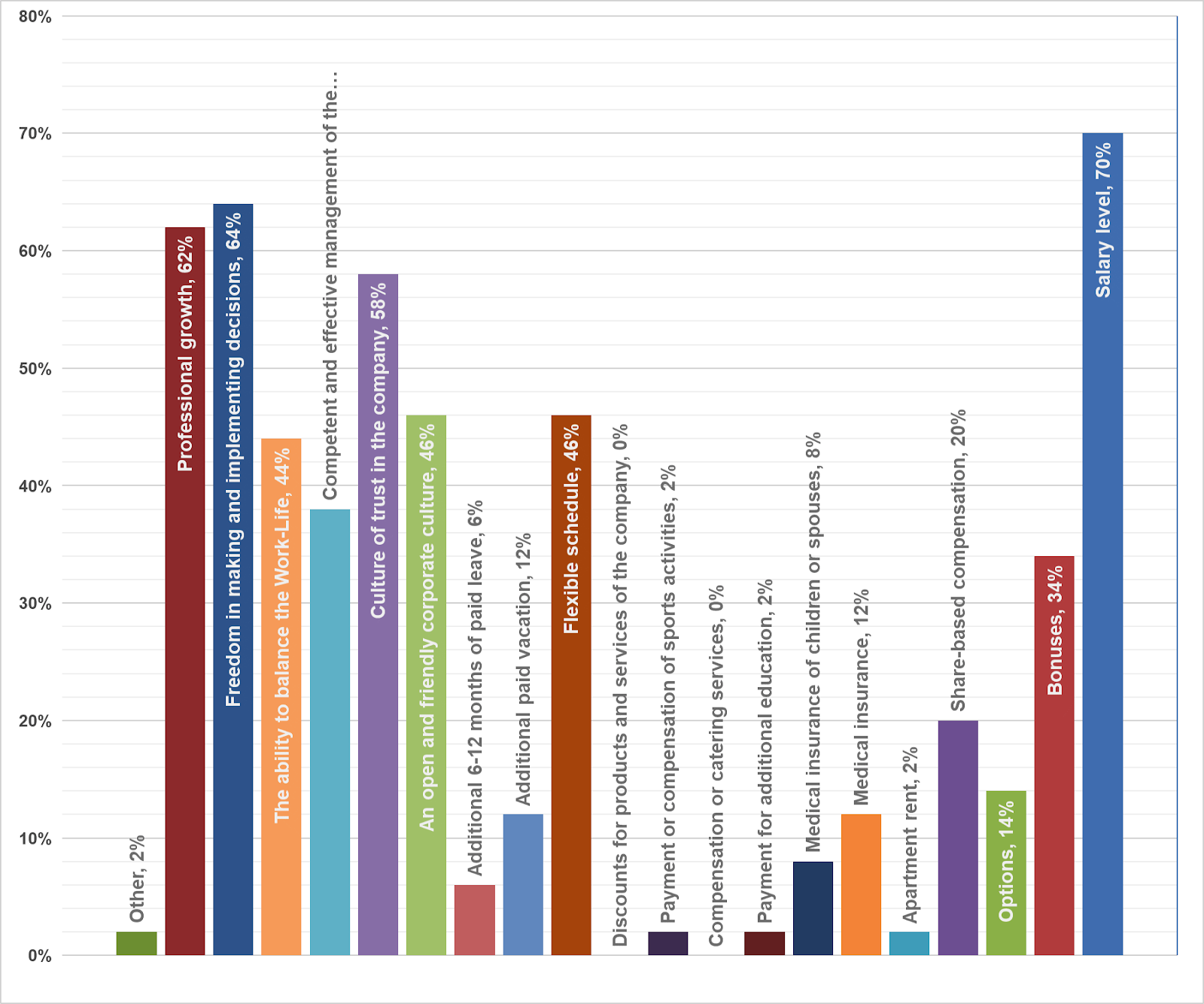 The demotivation factors were as follows: subjectively low salary (44%), incompetent management (40%), and equally (38%) insufficient freedom in making and implementing decisions, distrust culture, and lack of the work-life balance. 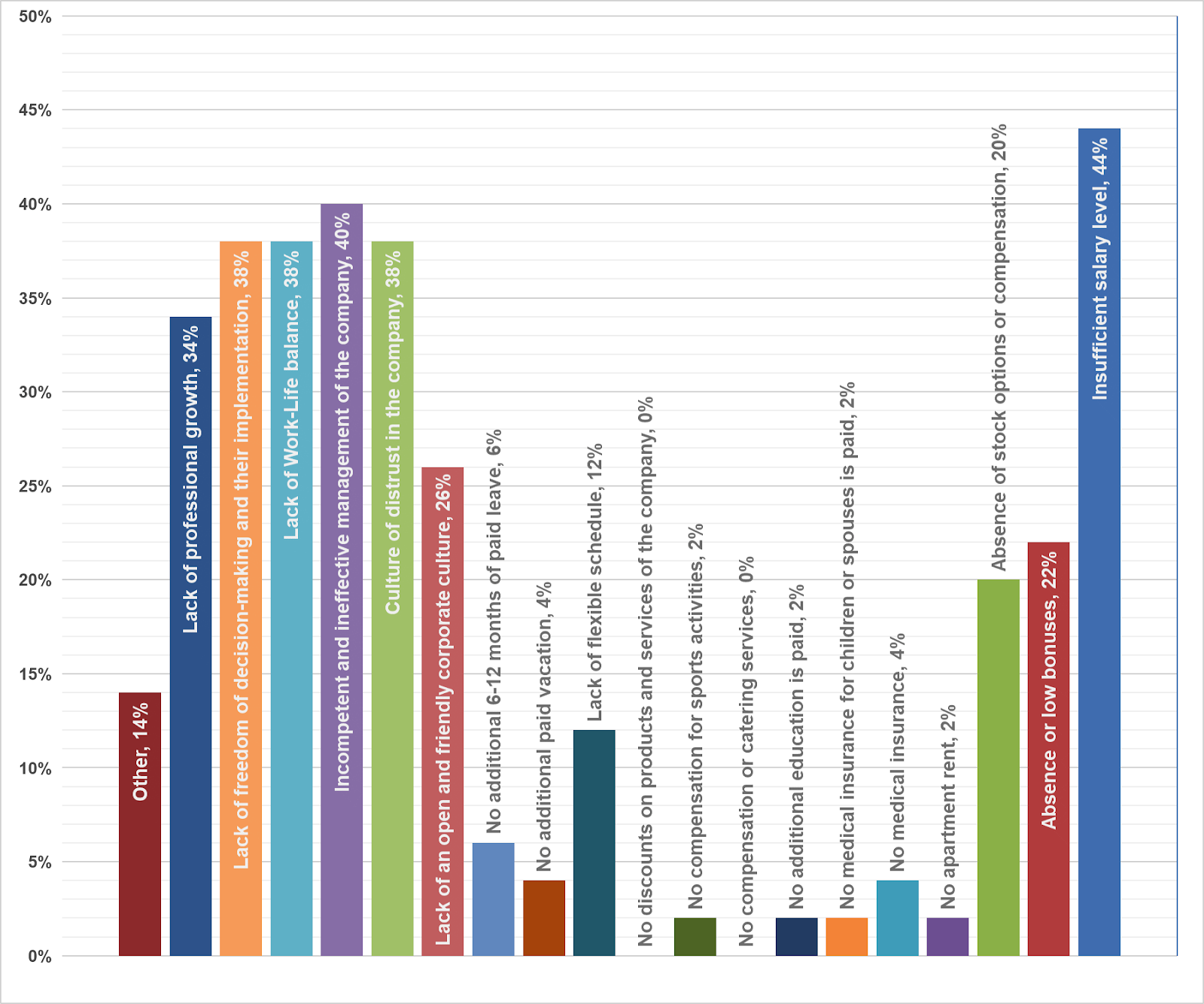 42% of respondents had no performance indicators tied to a bonus. Most KPIs were related to their department's goals (32%) and the company's earnings. 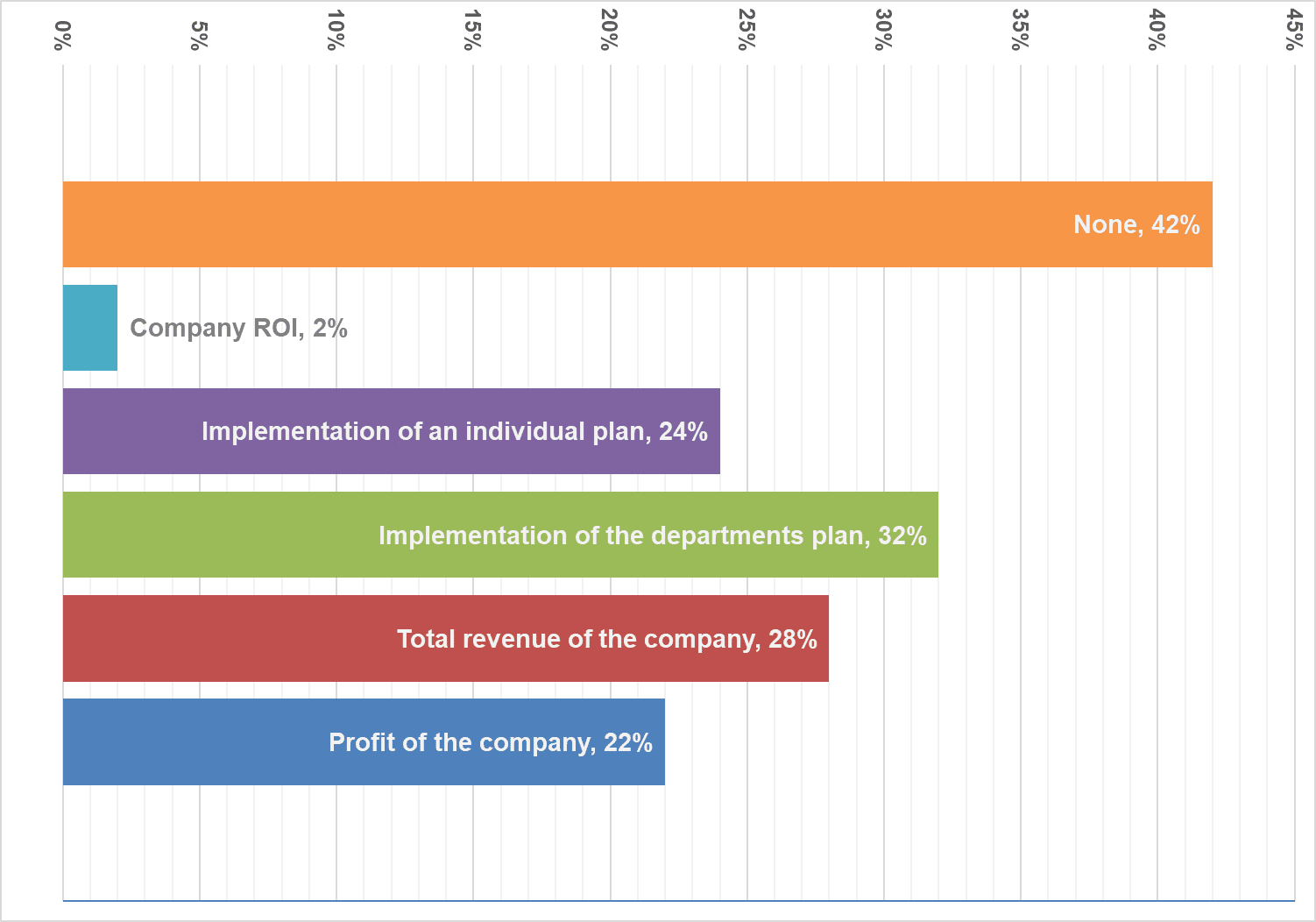 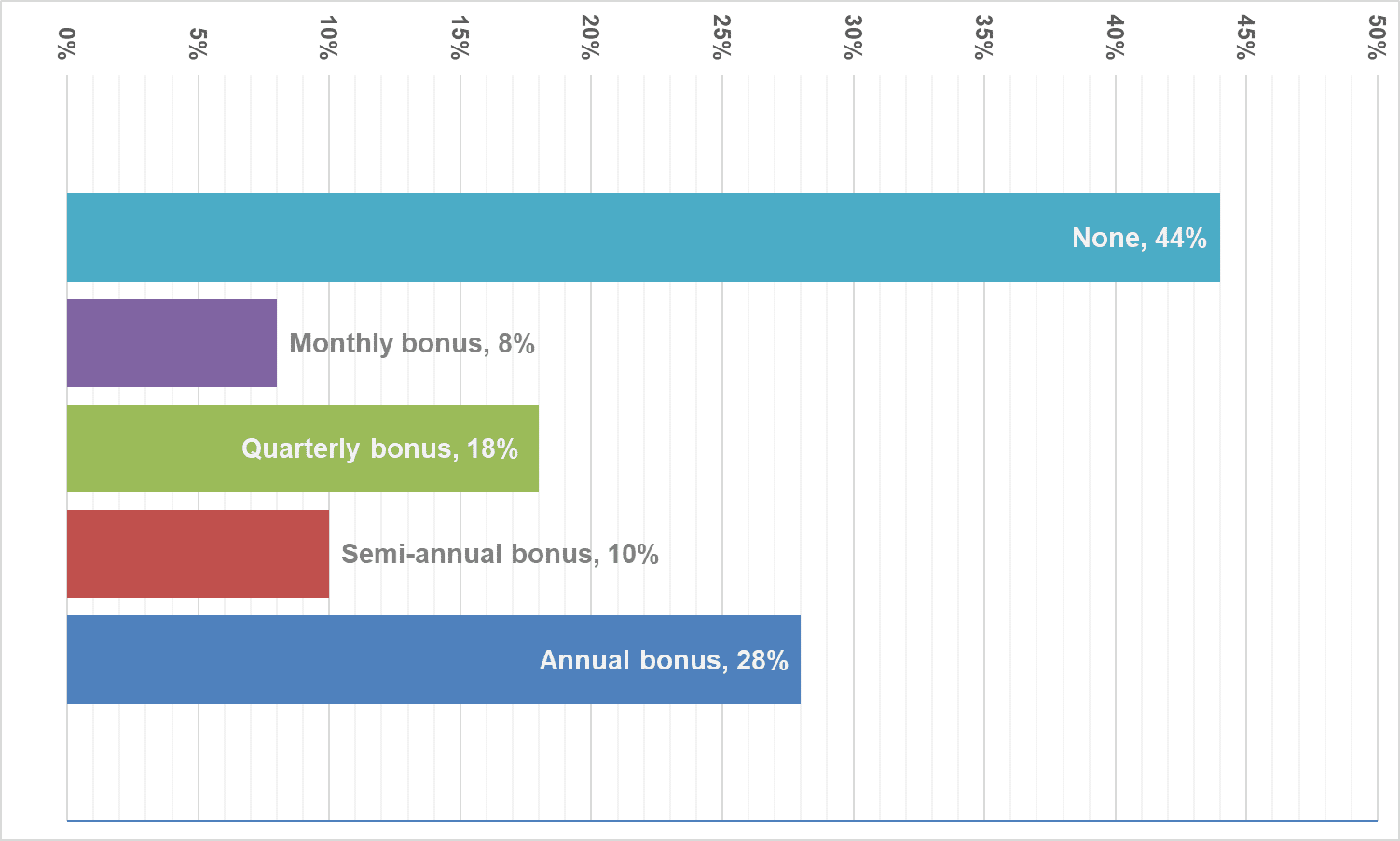 48% of CTOs reported having a flexible schedule, 46% had medical insurance, 34% got additional paid education, and 20% got options. 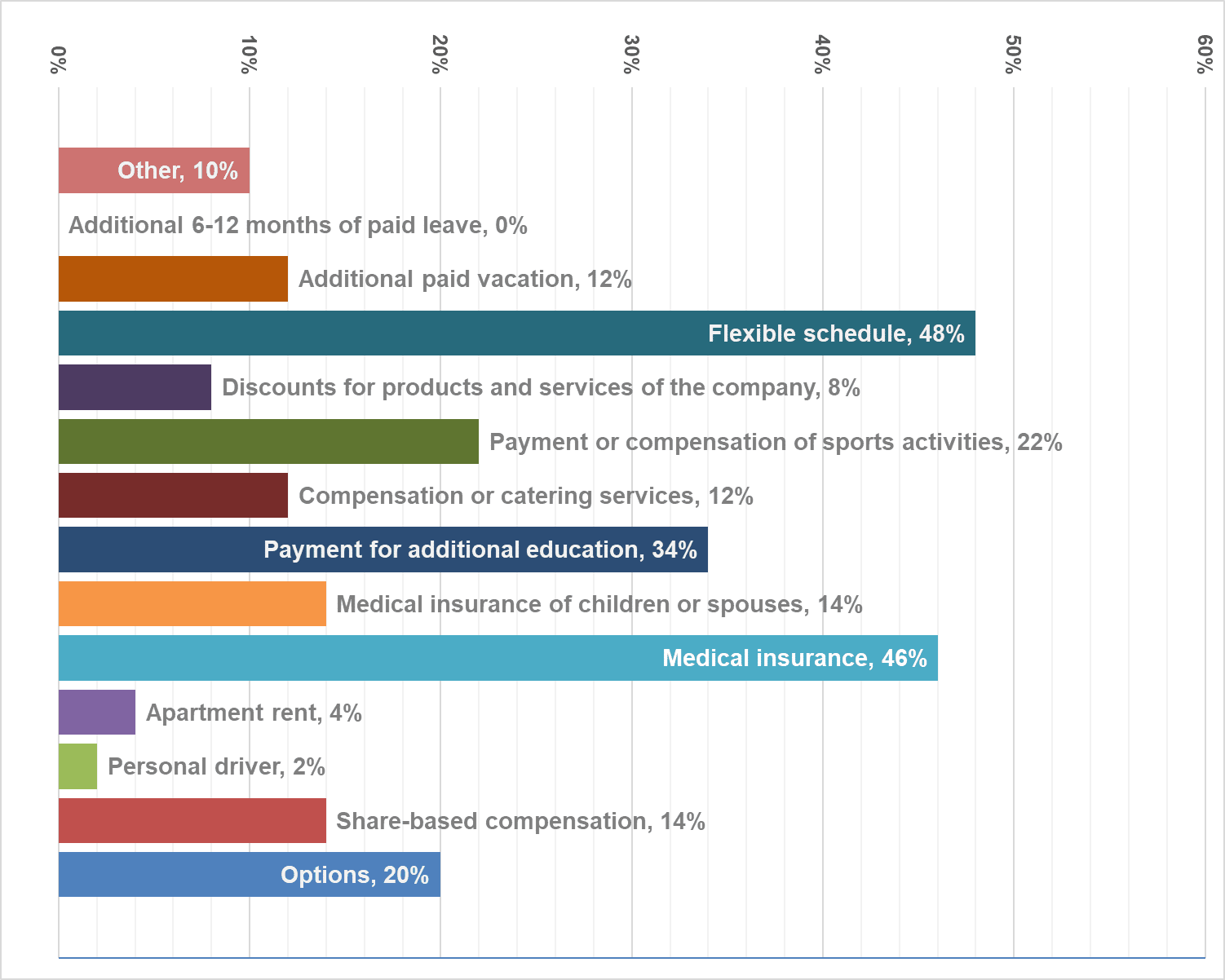 We hope this information was helpful for your business decision-making.

P/S We also thank Royallex, as represented by Vitaliy Luzhentsov, for helping us process the data.

02.07.2021
Common articles
Why you do not need an outstanding CEO, CTO, CFO and other CxO
You need good and competent management to make your company grow and develop. But, you don’t have to entice Satya Nadella from Microsoft. When you hire a CEO, CTO or a ma..

2984
“Our managers spend around 30% of their time searching for talent”: an interview with Maxim Shtepa, CEO of SocialTech
From the experience of Indigo , one of the keys to effective recruitment is the dialogue between parties. That is why we have decided to publish a series of interviews ..

2906
Why does your business need a recruiter?
This article may be of use to owners and directors familiar with Ukrainian IT realities who want to improve their recruiting and also to those foreign companies who are i..

2616
Overview of the salary for C-level in the Ukrainian IT market in 2019
CEO Ekaterina Osadchuk and the Indigo Tech Recruiters team conducted the second annual review of C-level salaries in IT. We share the results

16261
C-Level Executive Salaries in Ukrainian IT Sector in 2021: Overview
CEO Ekaterina Osadchuk and the Indigo Tech Recruiters team gave the third annual overview of how much C-level executives make in the IT sector. We share our results with ..

7707
Iownit: “We keep our communication transparent, and require this from everyone in our company”
If you haven’t heard of iownit yet (which would be surprising), allow us to fix this right away. lownit Capital and Markets, Inc

2315
Does HR Help a Company Earn Money or Just Spends It?
Katya Osadchuk— CEO, IndigoIT recruiting agency, economist, professional psychologist, and HR with over 10 years of experience, 6 of them as HR Director. This article is ..

4237
The Coming Days: 10 Characteristics of the Team of the Future
We have already discussed personal skills of the future. In this article, we decided to talk about how teams are transformed and which skills and characteristics they sh..

3258
Overview of Product Roles salaries in Ukrainian IT companies
CEO Ekaterina Osadchuk and the Indigo Tech Recruiters team conducted the second annual review of salaries for C-level in IT. We remind you that every year we carry out a ..

7944
Important HR-trends everyone should know about
Remote work, mental health, automatization of recruitment, inclusion… How will HR-trends influence our work in the near future?

2412
No Copy-pasting or Koans: 9 Traps of Value Development
Have you ever tried to play a game without rules? That’s what it’s like if a company doesn’t recognize and showcase its own values

2649
ANNA LAVROVA, IT PROJECT MANAGER, ABOUT RELOCATION: “EVERYTHING is POSSIBLE in DUBAI. EVERYTHING. IT IS NOT IMPORTANT IF YOU CAN MANAGE PROJECTS, MAKE HAIRCUTS FOR DOGS OR DO MANICURE “
Is the grass always greener on the other side? With IT recruitment agency Indigo, we decided to pose this question to the people whom we worked on “foreign” vacancies wi..

2857
COO – the role and salary in the realities of Ukrainian IT
CEO Ekaterina Osadchuk and the INDIGO Tech Recruiters team conducted the second annual review of C-level salaries in IT. Recently, we published a review of the sala..